It Takes a Village by Karen Shughart

The setting for the Cozies I write is a village on the south shore of Lake Ontario in New York, and while fictionalized, it closely resembles the village where I live. If you’ve read the books, you might remember that typical of the genre, there’s a close-knit group of characters who, in addition to solving crimes, also get together for social and community events and to provide support in times of stress.

It’s no accident that I chose to model Lighthouse Cove after Sodus Point. It’s much easier to write about what you know, and while the characters in the book are mainly figments of my imagination, the preponderance of people here are as kind and caring as those, other than the villains, portrayed in the books.

Without going into a lot of explanation, a couple of weeks ago our 21-pound Blue Tick beagle, Nova, escaped from our fenced-in yard on a bright, sunny day.  My husband was out running errands, and when I discovered she was gone, I sprang to action and started walking the streets calling her name. One of my neighbors checked to see if she had perhaps wandered into her carriage house. Another, on her way out of town, took a few minutes to drive around to see if she could spot her. A young woman I’d never met was walking her dog and said she’d look, too, and would bring her home if she found her. 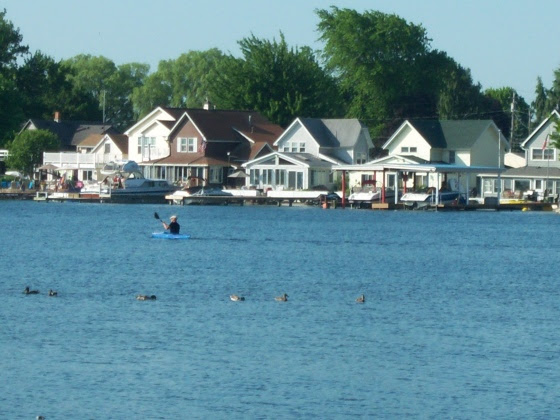 After my husband arrived, we fanned the neighborhood on foot to no avail. We decided to post her photo on a couple of local Facebook sites and then get into the car to continue the search, but before we did, I checked my phone. There was a message. One woman who lives about three blocks away had spotted her, and while she wouldn’t come when called, that person herded her to the home of a friend who always keeps treats and a lead at her house. Fortunately, Nova had identifying tags with phone numbers, and we were notified.  Within an hour of her escape she was home safe and sound, tired and a bit scared, but no worse for the wear.

Around dinner time that evening, my phone rang. A friend, who had heard about her escape from another, asked if we’d found Nova and said that earlier, when he’d heard the news, he’d gotten on his bike and ridden around our village looking for her. The next morning, when my husband walked her, a man he didn’t know stopped him on the street and told him he was glad we’d found our dog.

For some, living in such a tight-knit community would be claustrophobic and confining; for us it’s been a blessing. There are many more incidents I can recall where people have banded together to help those experiencing some sort of crisis that I’ll write about at a different time. But for now, I’ll end with expressing gratitude for living in a village where the call for help is always answered.